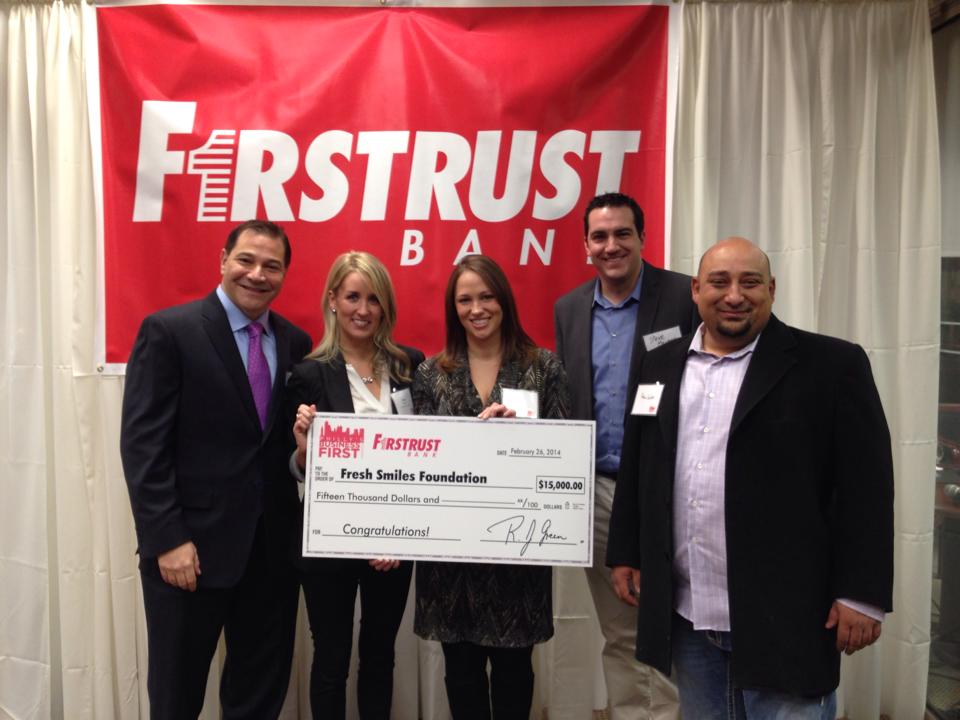 The 2nd Annual Philly’s Business First Awards’ gave a platform for companies who are making a difference in our community. There were 20 finalist and the chief among them was Philadelphia-based law firm Zarwin Baum DeVito Kaplan Schaer Toddy, P.C. who received 941 out of the 5,400 votes.

Founded by a team of business and community leaders – including Zarwin Baum shareholder Gary DeVito and 93.3WMMR’s Preston & Steve co-host Kathy Romano – the Fresh Smiles Foundation works to keep children throughout the Delaware Valley active in organized activities. Fresh Smiles is looking for children who may have a special talent, skill or interest but are unable to pursue it because of financial roadblocks beyond their control. By providing some direction and funding Fresh Smiles helps children recognize a brighter future is possible!

Zarwin Baum gets creative at giving back to the community. Annually, to kick off the NCAA’s March Madness, Zarwin Baum hosts its annual March Madness event at the Crystal Tea Room – 9 hours of tournament watching that brings out over 2500 guests, and in 2013, raised $40,000 for Philabundance and collected 1000 pounds of food. In 2013, the firm hosted the first ever PHILAlympics – a 90-minute competition held at the Wells Fargo Center in which the twelve (12) companies battled wits, athleticism, and general Philadelphia knowledge, all for the title of ‘Philadelphia’s Phunnest Company’ – and to raise $20,000 for the Philadelphia Ronald McDonald House. And to usher in Fall, the firm annually hosts its Celebrity Casino Night, which raises money for the Easter Seals of Southeastern Pennsylvania. Last year, the event raised $15,000.

To learn more about the awards and Zarwin Baum’s participation visit, www.bizfirstawards.com.